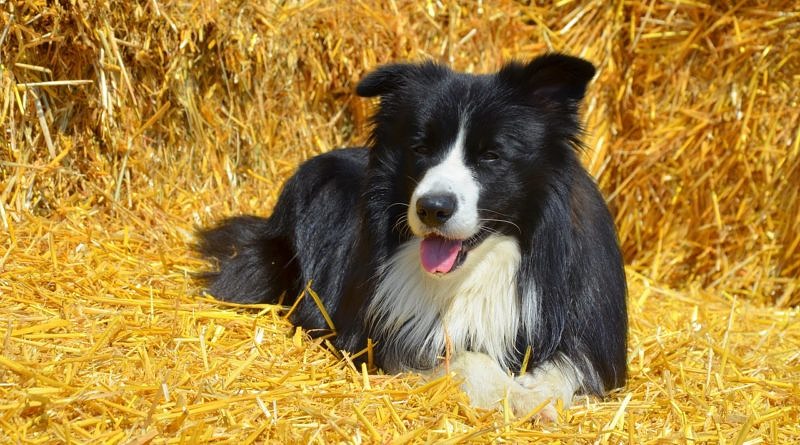 A lot of people who have horses also own dogs and enjoy taking their dogs with them to the yard. But no matter how well your animals get along, there is one major risk from doing this that a lot of people are not aware of. Today’s post is on this serious topic that could potentially save your dog’s life.

Some dogs are carriers of a faulty gene that causes them to be very sensitive to certain drugs. In many cases owners will not become aware of this until their dog starts to display severe neurological symptoms.

So how is this relevant to horse owners? Unfortunately these dogs are at risk from a number of drugs that are commonplace around horses. This includes Ivermectin (often found in wormers) and Phenylbutazone (“Bute”), a common pain killer.

Ingesting the manure of horses that have been wormed or medicated recently can lead to symptoms. Other substances derived from horses, such as hoof clippings, may also be a risk. As a result, dogs with this mutation should not be allowed around horses or their manure when there is a heightened risk.

This is also something dog walkers should be aware of when walking their dogs near bridleways where manure may be present. It is always a good idea to keep your dog on a lead around horses for both your dog’s safety and that of the horse and rider – but it will also mean you can stop your dog from ingesting anything that could cause them harm.

Certain breeds are especially at risk of carrying the faulty gene. This includes many popular breeds in the UK such as Border Collies, Rough and Smooth Collies, Old English Sheepdogs, Shetland Sheepdogs (“Shelties”), German Shepherds (“Alsatians”), Australian Shepherds and a number of related breeds and crosses.

You may already know that our bodies are adapted to get rid of a variety of harmful substances. This is not only true of humans but other living things as well and of course in animals, one of the most important parts of the body to protect is the brain. So in order to protect the brain from harmful chemicals, dogs have a gene called the Multi-Drug Resistence (MDR) gene. This gene codes for a ‘ permeability glycoprotein’ (abbreviated P-glycoprotein) called Multi-Drug Resistence Protein 1 (MDR1).

P-glycoproteins are proteins in the cell membrane that pump substances out of the cell that shouldn’t be there – such as harmful drugs or foreign chemicals. These are very important proteins: so much so that they don’t only exist in animals but in fungi as well, and even bacteria. In animals they are found in many parts of the body, including the intestines, liver, kidney and brain.

One of MDR1’s roles is therefore to protect the dog’s brain. It pumps harmful substances away from brain cells and so forms an important part of the “blood-brain barrier”, preventing dangerous chemicals from moving from the blood into the brain by pumping them back into the bloodstream.

However some dogs have a mutation in their MDR1-coding gene that means the gene no longer codes for a working P-glycoprotein. These dogs can’t get rid of chemicals that get into the brain and toxins begin to accumulate. As a result, dogs with this mutation are more sensitive to a variety of drugs and can display very severe neurological symptoms such as seizures or ataxia (loss of control over movement) and even death.

Dogs with two copies of the faulty MDR1 gene are at most risk as they have no functional proteins protecting them. Those with only one faulty copy and one normal copy are also at risk but less so because they are producing at least some of the working protein.

Thankfully, there are non-invasive genetic tests available to find out if your dog has a faulty MDR1 gene. However if you have not had your dog tested or are unsure, it is best to play it safe and keep them away from horses as the results can be devastating.

What should I feed my horse to build their topline?

Read about the science behind this question and what you need to do to help your horse gain muscle.

Horse owners beware: This tree could kill your horse

Sycamore poisoning is a devastating condition that has very high mortality rates. Find out what the symptoms are and how to identify this deadly tree.

What should I feed my horse to build their topline?

Read about the science behind this question and what you need to do to help your horse gain muscle.

Horse owners beware: This tree could kill your horse