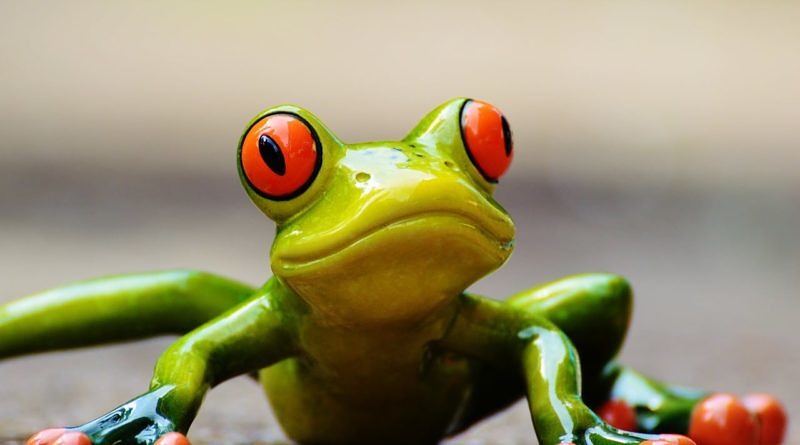 We become so accustomed to the unusual terms we use in the horse world that we rarely give them a second thought. Words like ‘coldblood’, ‘green horse’ and ‘napping’ seem obvious and straightforward to us. But for someone less familiar with equestrian terminology they can be really confusing terms!

Every now and then I have a moment where I actually take note of a word I have used for years and wonder where in the world it came from… I had one such moment yesterday while picking out a hoof. Why is it called a “frog”?

The frog is roughly triangular in shape and fleshy. When a horse walks on soft ground, the frog makes contact with the surface and helps both to distribute the horse’s weight and absorb shock, and to help pump blood back up the horse’s leg.

There is nothing about a horse’s frog that really screams amphibious insect-eating ‘frog’ to me. So I decided to ask around and do some research to see if I could figure out where this word came from.

The first suggestion I received was that perhaps, in some far-fetched way, a horse’s frog does look a little bit like a frog viewed from above. The roughly triangular shape is similar to the overall shape of a frog or toad, with the legs of the amphibian being the back edge of the hoof near the heel bulbs and the frog cleft representing the line some frogs have running down their backs.. On some level these straight-forward explanations do appeal and almost seem to make sense but I wanted to find out more so I turned to the internet… I wasn’t surprised to find that this question had been asked before and that there were various answers. But many of them seemed rather fantastical:

Horse Whisperers possessed two important talismans or fetishes that could be used in connection with jading and drawing. These were the milt and the frog’s bone.

The milt is a piece of fibrous matter on the tongue of a colt… Of greater importance was the frog’s bone.  In fact, it was usually the bone of a toad. And possessors of this talisman were known as ‘Toadmen’. The bone itself was forked like a wishbone (possibly the pelvic girdle or breastbone). It resembled the V-shaped band of horn on the underside of a horse’s hoof which is called the ‘frog’. So there was imitative magic at work here, both in the verbal and visual sense.

The ritual of acquiring it was almost as important as the object itself. In fact, it is said to have originally been part of the Whisperers’ initiation ceremony.

After it was killed, the frog or toad was left on a whitethorn bush for 24 hours to become hard and dry. It was then buried in an anthill and left there for a month. At the end of that time there was only the skeleton left. This was taken to a running stream at full moon and tossed onto the water. The horseman had to watch carefully until a little crotch bone separated itself from the rest and floated against the current. It was this bone which was kept.

For those of you who like a little online archeology, this passage was taken from what is by the internet’s standards an ancient website (1997!) run by an obvious fan of folkloric fiction apparently called Peter Bayliss. He has compiled a number of similar stories, which he says were probably written sometime in the 1970s to 1990s,  all of which can still be read on his site.

But after a bit more frog hunting, I did come across the more likely answer in a book. For those of you who enjoy the kind of mystical explanation offered above, spare yourselves and stop reading now. Unfortunately the real explanation for the term ‘frog’ is, as is often the case, rather more boring…

It turns out that ‘frog’ is simply the corruption of an old English word frush (or forg or fursh), in French foursche, and in Latin furca. What all these words mean, as you may have figured out from the sound, is ‘fork’. Because of course the most obvious feature of the frog on a horse’s hoof is the triangular shape that sits in the forked part of the hoof.

Interestingly, it seems the word ‘thrush’ also has its roots here. Originally called ‘running frush’, the hoof disease we now know as thrush was so named because it caused the ‘frush’ (fork/frog) to ‘run’ with puss. This later became ‘running thrush’ and finally just ‘thrush’. The fact that it shares the same name as a human fungal infection seems to be coincidence. The term for human thrush shares its origins with the word ‘throat’. But perhaps this explains why people assumed that thrush in horses is also fungal, when in fact it is a bacterial infection.

Ok so we’ve explained the term ‘frog’ and it’s a bit boring really… But here’s a twist: in Greek, the term for the fleshy part of a horse’s hoof is βάτραχος (batrachos) – a word that obviously doesn’t come from ‘fork’/‘frush’. But strangely, batrachos also means… frog! Why? Well, that’s a mystery I’ll have to leave for another time… 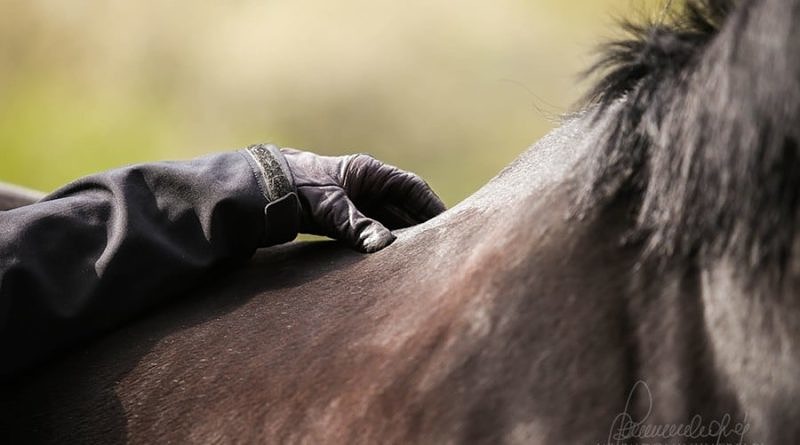