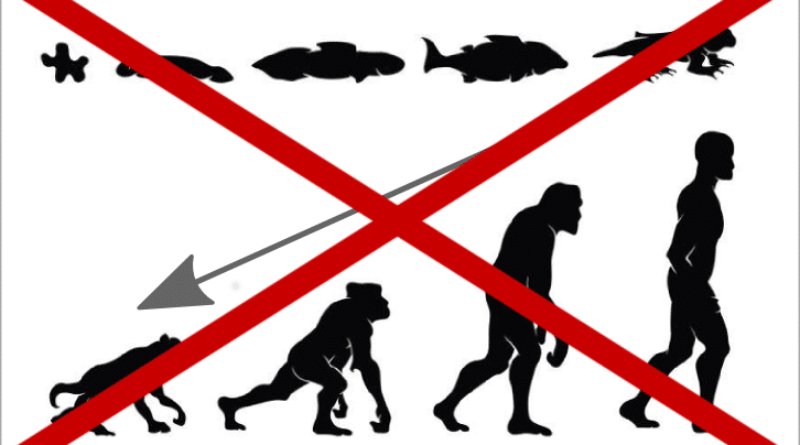 This is part two of our introduction to evolution. You can read the first part here: Introduction to Evolution – Part 1: The Basics.

The core idea behind evolution is very simple. Once you know the three basic components, the rest is just common sense! But there are still some things that many people find confusing, often due to misleading ideas and images that are commonly used to explain evolution. Here are a few key things to remember when thinking about evolution.

Animals are NOT perfectly adapted to their environment

There are no truly wild horse populations to draw examples from, but there are countless examples from other animals. You might know that giant pandas have evolved to live on an exclusively bamboo diet. So you might also expect evolution to have given them a digestive system that can cope with bamboo. Actually, pandas are barely able to digest bamboo at all! They have a carnivore’s digestive system, but have managed to lose the drive to eat meat.

If you had wandered through the woods of England a few centuries ago you might have thought that the red squirrels jumping through the branches were brilliantly adapted to their woodland home. Only when grey squirrels arrived from the Americas did it become obvious that red squirrels were simply coasting – it turns out, for example, that red squirrels can’t even digest common food sources like acorns!

Want more? These penguins might have been better off keeping some ability to fly, and any solution that involves starting life by jumping off a cliff, like these Barnacle geese, can hardly be called perfect! The point is not that these species have something wrong with them, just that animals don’t need to be perfectly adapted to make it, they only need to be just good enough.

How can this misconception be dangerous? Because we can often be misled into thinking that the ideal way to care for our horses is to somehow provide them with the most ‘natural’ environment, or only train them by copying what another horse would do, and assume that they will be happiest and healthiest like that because they evolved in that context. Humans didn’t evolve rubber and cloth coverings for their feet, but even people who are living lives extremely similar to our common evolutionary environment have decided that shoes can be useful. If you kept Barnacle geese as pets you would never dream of taking your recently hatched, cute fluffy chicks to the nearest cliff and hurling them off just because that is what they evolved to do. ‘Natural’ isn’t always better!

Evolution DOES NOT select the ‘best’ solution

Similarly, evolution does not require solutions to be elegant, efficient or optimal, it simply requires that they are functional enough to enable breeding. Evolution builds in small steps, using variations on what has gone before. This means that evolution goes down some odd routes and ends up with rather insane hacks that just about work but that nobody would ever think were a particularly good solution. Your laryngeal nerve runs from your brain to your larynx (it controls your vocal chords for example). But instead of going straight there, it takes a weird route all the way down to your chest and then back up again. In humans that doesn’t seem too bad, but it does the same thing in giraffes! That means that instead of going a couple of inches from brain to larynx, the nerve goes all the way down the giraffe’s neck, does a u-turn around the blood vessels near the heart, and then goes straight back up again!

Another example: humans (and other mammals) have a weird blind spot just because we ended up evolving with eyes that are wired up the wrong way round! And it isn’t because that was the only solution: squid and octopuses have excellent eyes, and no blind spot! And a last, even weirder example: hyenas give birth through a ‘pseudo penis’, which leads to 60% of their cubs dying from suffocation during birth.

Nothing is more ‘evolved’ than anything else

A common image of evolution is of some arrows pointing from a blobby cell through fish, frogs, reptiles, monkeys and then humans. This is immensely inaccurate. All life alive today is equally as ‘evolved’ as all other life. All of it has been undergoing selection, and all of it continues to undergo selection. We did not evolve from modern fish. Modern fish and modern humans BOTH evolved from some common ancestor that perhaps, to us, looks more like a fish than a human.

Evolution DOES NOT always lead to increasing complexity

The second problem with the arrow image of evolution is that it implies that evolution moves from the simple to the complex. Of course, many organisms have become more complex over evolutionary time, but equally, some lineages have become less complex. Most people would agree that eyes are more complex than no eyes, but there are countless examples of organisms un-evolving their eyes because they are no longer important – from blind cavefish and naked mole rats, to South Asian river dolphins and the recently discovered ‘penis snake’. Even stranger are creatures like the axolotl, a species of salamander that has evolved to remain in its larval stage for its entire life.

Humans are NOT the endpoint or goal of evolution

The third problem with the arrow image is that it frames humans as in some sense the goal of evolution. But any organism could be equally considered to be the endpoint of evolution! Mantis shrimps, bee orchids, luminescent mushrooms, peregrine falcons or even Pelagibacter ubique are all successful living organisms in their own right, and excel in their particular fields of expertise. Humans are very good at a couple of things (large-scale organisation and tool use, for example) but this doesn’t make us particularly special – we are also very poor at many other things!

Evolution DOES NOT always lead to increasing diversity

Evolution is a simple process playing out in an incredibly complex way. This means that it is very messy and chaotic. Some periods of history may favour increasing diversity, while others may favour decreasing it. Around 2.3 billion years ago, some bacteria evolved the ability to photosynthesize, and started polluting the atmosphere with oxygen. Oxygen was highly toxic to a lot of the life that was around at the time, and these bacteria ended up triggering one of the biggest extinction events in the history of the Earth. Not only that, they also caused massive climate change, triggering an epic ice age that lasted 300 million years! Humans seem to be doing something similar – we are currently living through a mass extinction event, in which the diversity of life is swiftly reducing. Of course, this is also great news for some forms of life – rats, cows, goats and wheat, for example, are all doing very well at the moment!

NOT EVERYTHING is an adaptation / has some purpose

Evolution does not proceed with any sort of logic beyond the sheer fact of survival and reproduction. Selective pressures shape organisms in certain ways, but some aspects of an organism simply do not matter one way or another when it comes to evolution, and therefore no selection pressure acts on them. This means that there isn’t necessarily a reason for everything. Some things could be the result of pure chance, or the remains of something that was useful in an ancestor. Humans have a tail bone, but no tail. The chestnuts and ergots on horses’ legs serve no particular function – they are what’s left of unnecessary extra fingers.

This article covers some common misconceptions about evolution. In the third installment we’ll look at how you can use an evolutionary perspective to help you better understand your horse: see Introduction to Evolution – Part 3: How understanding evolution can help your horsemanship. 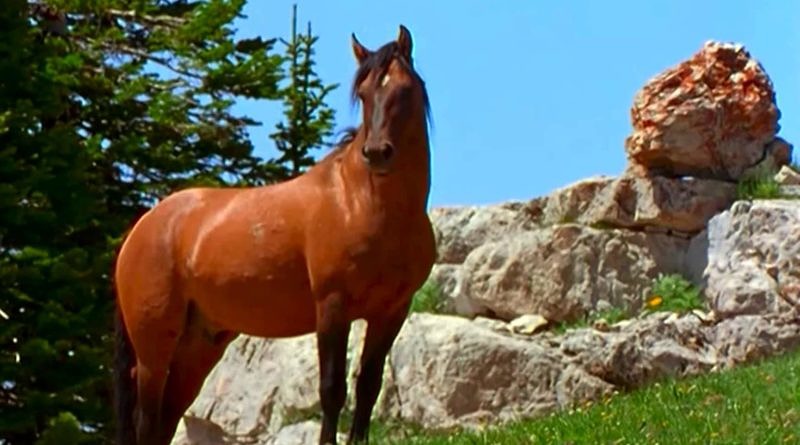 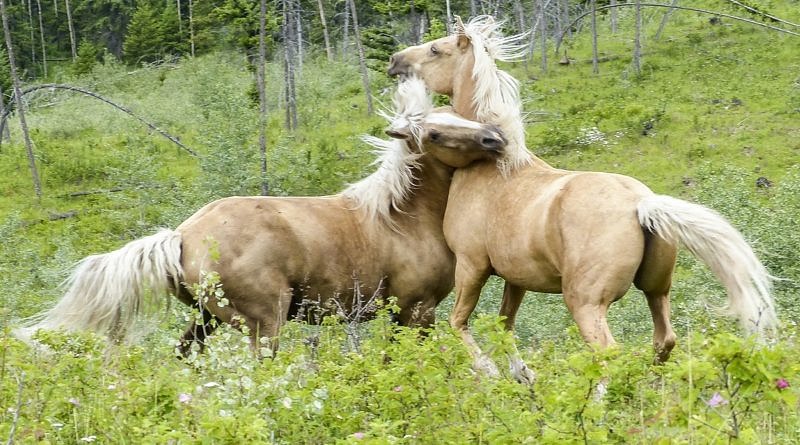 Once you understand evolution you can apply it to many different aspects of horsemanship. Here are some examples, from lunging and stomach ulcers, to getting your horse to go in an ‘outline’. 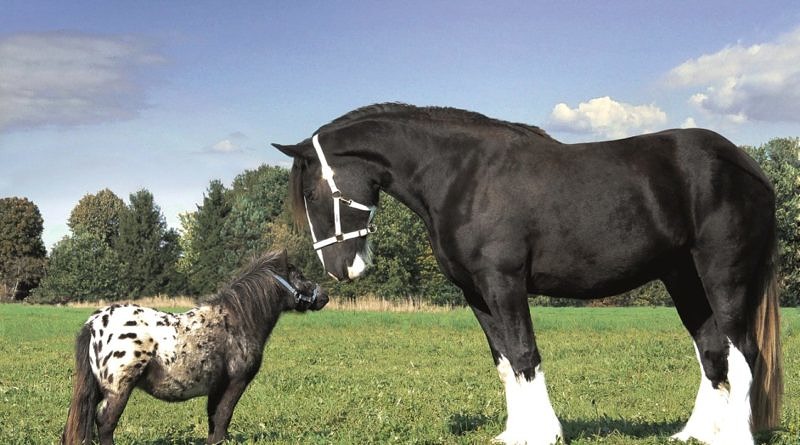 Evolution underpins all of modern biology. From spooking to ulcers, understanding evolution helps you make sense of your horse. This article covers the basics.

Do you know if your horse is really dun or buckskin? Learn why there’s a difference and how you can tell.