As you play this video, listen out for the distinctive absence of a particular sound. “What sound’s that?”, you ask, after you recover from watching. Why the sound of our collective heartbeats! Who knew the “cutest video ever” could deliver so many heart-stopping moments.

Many people watched this video and only thought “awwwww”. Their hearts melted over a pony and toddler ‘playing’ this cute interspecies ‘game’. The rest of us – the ones who spend much of our lives smelling of horse – watched in horror as a toddler came very close to being kicked in the face. Less cute and more like watching a video of a child obliviously chasing butterflies on the hard shoulder of a motorway…

Obviously the adults in the video were not fully aware of the danger the child was in. They appear to be motivated enough to intervene a few times but it comes across as perfunctory. This seems to be a case of people being unfamiliar with horses and, thankfully, getting lucky: they managed to avoid having to experience a steep (and painful) learning curve.

But I didn’t post this video to comment on how disturbing it is. What I found more interesting was the way horsey folk have interpreted the pony’s behaviour in this clip. There seem to be two wildly differing viewpoints represented, with few in the middle ground. One, by far the most common, was that the horse was being “aggressive” and “pushy” – “because the pony is making the child move its feet”. The other, perhaps more worrying in some ways, was the occasional assertion that “horses don’t like hurting small humans – they would never harm a baby”.

Unfortunately, both these viewpoints reflect deeper misconceptions. The first is underpinned by a misinterpretation of horse social dynamics: viewing horse behaviour as being based on a simple dominance hierarchy. The idea is that the horse that “moves the feet” of the others is the dominant individual. This perspective is particularly common among Natural Horsemanship practitioners and enthusiasts.

In reality, however, this isn’t a good description of horse social behaviour, which is really a lot more complicated. We now understand that horses do not always have linear hierarchies, leaders are transient and not related to dominance as previously assumed, and affiliative (friendship, play, grooming, sharing space etc) behaviours actually play a larger role than they are given credit for.

I suspect that even the inexperienced parents would have recognised this: it really is unmistakeable. What the little horse is showing is a lot of curious and uncertain behaviour. The pony follows the toddler with great interest. But when the child makes unexpected movements or sounds, the horse becomes unsure and displays ‘defensive’ aggressive behaviours – turning hindquarters to the toddler or lashing out with the front end. Watch again and see if you can spot the various things the child does that trigger the horse’s reactions. Being able to recognise these is useful for our own interactions with insecure horses.

The other interpretation of this video – the people claiming that a pony would never harm a child – is more mystifying. Misinterpreting horse body language is one thing – horses can be subtle and we all make mistakes from time to time. But in the course of this short clip we don’t only see the pony threaten to kick multiple times – we also see the pony actually strike at and hit the child (fortunately just knocking her hand slightly). Claiming that the pony would never have hurt the child requires considerable complacency and / or extremely rose-tinted glasses. If we are serious about working with horses we can’t afford to have either.

There is a fairly widespread tendency (in Western cultures at least) to romanticise horses – viewing them all as star unicorn ponies from the land of peace and cookies. I don’t doubt that people who have this perspective genuinely love their idea of what a horse is. But this attitude actually reveals a kind of subconscious disrespect for horses as thinking, breathing creatures with their own motivations and desires. If we romanticise horses into flawless, spiritual beings, we are effectively denying them their ‘horseness’. If we want to truly love these animals, we need to begin by seeing them clearly and embracing them fully, which includes the possibility that a horse may harm a young child.

In reality this little pony had plenty of reasons to kick the unpredictable, noisy, sometimes threatening – but also kind of intriguing – little human. And when pushed too far the pony did just that! Equally we can understand that the toddler was not deliberately trying to annoy the horse, she was just being curious and playful and perhaps a little too boisterous.

In other words, this video simply shows a horse being a horse and a young human being a young human – and that it isn’t always a match made in cute and fluffy heaven! 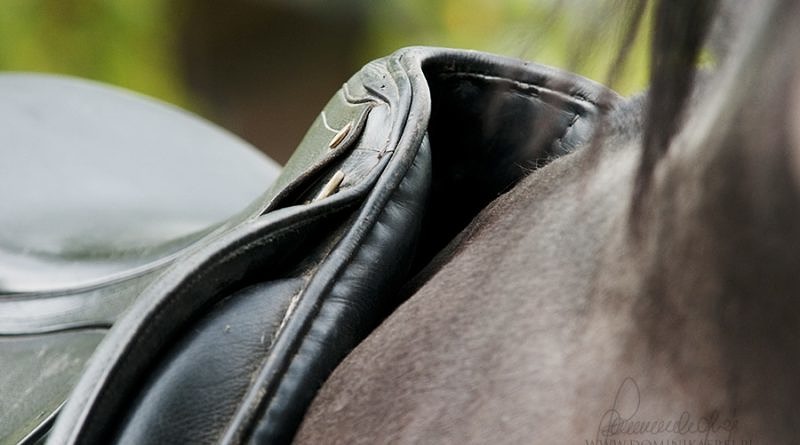 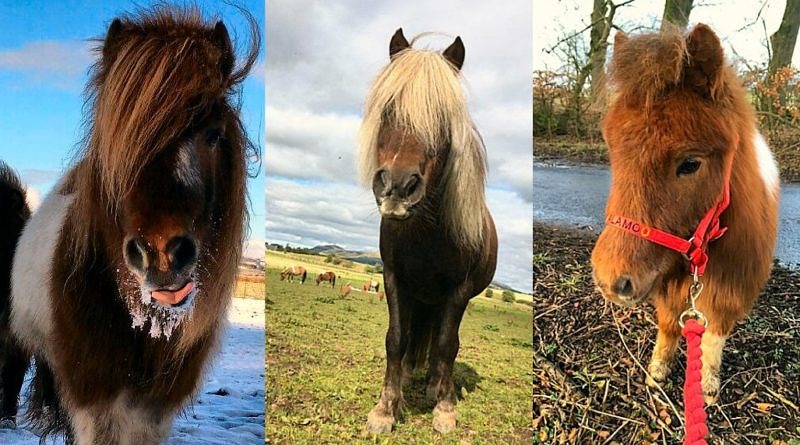 You’ve probably never thought about joining a gang… But these cute ponies just might inspire you to start your own!