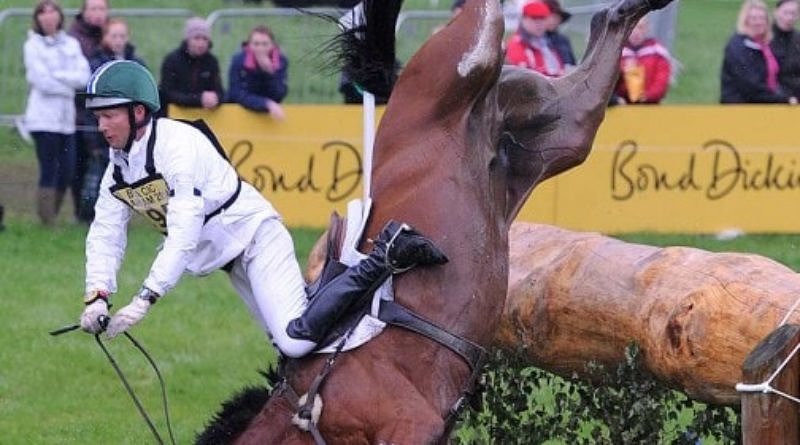 There is a lot of debate in the horse world about the risks posed by certain equestrian sports. Racing, cross country and hunting are probably among the most controversial and produce very polarised views – from people who insist that they see nothing that needs to be changed to those who would like to see one or all of these banned entirely.

People often point out that horses get injured in all sorts of contexts. I know a horse who was minding his own business in his paddock when he got kicked by a herdmate and ended up with a broken shoulder (thankfully he made a full recovery). And we all know that one accident-prone horse that could be kept in a padded room and still cost thousands in vet bills.

We can’t completely prevent our horses from ever suffering from an injury, but we all regularly take precautions to minimise risks wherever possible. For instance, many of us build banks around our horse’s bed to stop them getting cast because we know that being unable to get up after lying down is potentially life-threatening for a horse. We pull up ragwort to stop our horses ingesting it because we know that can make them sick. We check our fields for holes that our horse might trap a foot in and we avoid leaving sharp objects where a horse could impale themselves. Chances are our horse wouldn’t have gotten cast tonight, wouldn’t have eaten that foul-tasting ragwort, wouldn’t have put his foot in that hole and wouldn’t have run into that pitchfork. But we take steps to avoid these issues anyway.

So the real question we need to ask ourselves is: What steps should we and can we take to minimise risks or bring them down to acceptable levels?

In reality most of us do evaluate risks in this way already. When it comes to pretty much any activity we engage in or any situation we put our horses in, we subconsciously calculate the risks and make decisions accordingly. For instance there are going to be times when hacking along a road feels like a really bad idea – like when the road is really busy, there’s a heavy fog, and the horse you are on is a spooky youngster. Other times it’s going to seem safer  – for example when the horse is very confident and visibility is good. Other factors may come into consideration too, such as whether there are alternative routes along bridleways. But no matter what context you are in, you will probably think it’s a good idea to take precautions to minimise the risk – such as wearing high visibility clothing so you and your horse can be easily seen. You will weigh up the pros and cons to an activity and what you can to reduce the risks involved. and then you’ll either go ahead and do it or decide that it’s not worth it.

Consider this race, known as the Suicide Race for good reason:

Would you allow your horse to participate in this activity?

Note that whether your horse would like to participate in this activity is not relevant. Your horse would like to do many things that aren’t healthy for him/her, just like children will eat unhealthy foods or chase after butterflies on the edge of a motorway without any awareness of the danger they are in. Watch this video of a toddler ‘playing’ with a young miniature horse and see if you feel, like an overwhelming majority of other horse-savvy viewers felt, that this is a case of irresponsible (or at least very naive) parenting. There is no doubt that the little girl was enjoying herself – but that doesn’t mean her parents should let her do whatever she likes! Just like parents make decisions for their children, we make decisions for our horses. Ultimately, a horse cannot fully understand the consequences of the activities they are taking part in.

Whether or not you would allow your horse to take part in the Suicide Race, you can probably point out ways in which this particular race could be made safer. Similarly, we can all think of ways to make eventing and other equestrian sports less risky. We don’t have to change everything beyond recognition. With a little imagination, we can make reasonable suggestions towards reasonable adjustments.  And in fact, there have been steps taken across many disciplines to make things safer – both for horses and their riders. One example is the introduction of frangible pins to make solid cross country jumps safer. Another example is the multiple changes to the Grand National course to make it less dangerous.

Progress like this is achieved when instead of flat-out denying that there are problems, we recognise them, assess them, and work to reduce the risks we consider most serious. At the other extreme, calling for complete bans does not help either. That strategy simply shuts down the conversation altogether. We need to be responsible for the well-being of our horses but also appreciate that other people may draw the line on risk in a different place, or have different factors playing into their decisions. We may not be willing to compromise on everything, but some things we can agree on. Ultimately the middle ground is a much better place to stand if you truly want to make a difference to the welfare of horses.

equestrian, horse sports, riding
Article posted: Posted on Friday 17 March 2017 23:51October 20, 2017
Is this video cute or terrifying and naive?
Horses as you’ve never seen them before!
Like our Facebook page to see more content like this.

Everyone has ideas about what they want their first horse to be like… Prioritise what is most important to set yourself up for a successful partnership.

Thoroughbreds sometimes get a bad rap but they deserve more recognition! Here are 7 awesome ways Thoroughbreds have helped shape the equestrian world.

Everyone has ideas about what they want their first horse to be like… Prioritise what is most important to set yourself up for a successful partnership.