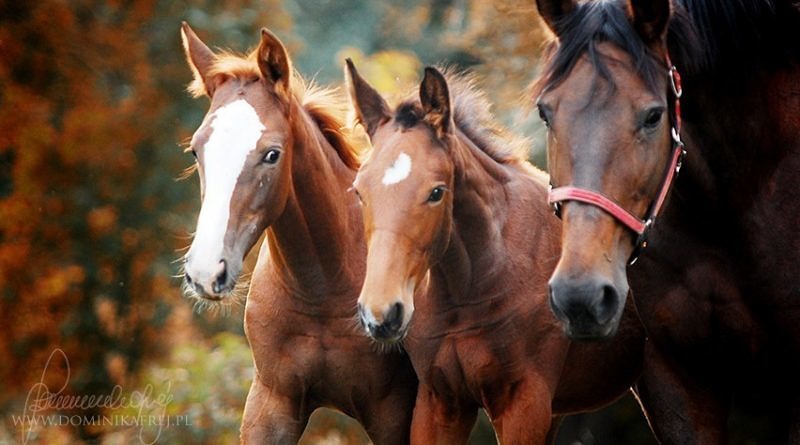 It may seem like understanding how horses inherit colour would only be of interest to a subset of breeders. However, having an idea of how colours are passed down and how different genes interact to produce specific phenotypes can actually be of great use to any equestrian. For instance, it may enable you to spot a horse that is being mis-sold or to identify the likely parentage of a horse where you only have partial pedigree information. Understanding the basics of colour can also be a good stepping stone towards understanding more complex conditions such as inherited diseases. Of course it’s also just a lot of fun to know what has caused the rainbow of coats you come across! Once you get the hang of genetics, a whole world is opened to you with a new way to understand how and why living things of all sorts look how they do.

This article is intended for those who already have a pretty clear understanding of how genes work. If you are unfamiliar with how genes and inheritance work, this basic introduction to genetics may be of interest.

It is worth mentioning that our picture of many aspects of horse genetics is incomplete so our understanding is always subject to change!

The focus of this article is the Extension locus that mediates the production of red and black pigment and the Agouti locus which is involved in deciding where on the body each of these is produced.

You may already know that this locus is responsible for black pigmentation and interacts with the agouti locus. A horse that displays black pigment, be it a solid black or a buckskin, must carry at least one copy of the dominant allele at this locus, represented by a capital ‘E’. A horse that is red with no black hair, like a chestnut, palomino or red dun, must be homozygous for the recessive allele represented by a lowercase ‘e’. Horses that carry one of each produce black pigment and look the same as a homozygous dominant individual. But what does this gene actually do?

Skin color in mammals is produced by specialised pigment cells. These cells produce pigments in response to chemicals, like hormones, when the embryo is developing in the womb or later in life when there is growth. In the case of the Extension gene, the gene codes for a specific receptor found in the membrane of these specialised cells. This receptor is activated by a hormone produced by the pituitary gland. Once the receptor has been activated, it triggers the specialised pigment cell to stop producing red pigment (which it does by default) and start producing black pigment instead.

If this receptor is flawed or absent, as represented by a lowercase ‘e’, the cells never receive the message to start producing black pigment from the hormone trying to bind. As a result, they can only ever produce red as this is their default state. But if there are any receptors at all – even if it’s only half the amount there could be – there is somewhere for the hormone to bind to trigger the production of black pigment. This is why it doesn’t matter if a horse is heterozygous or homozygous for ‘E’ and why ‘E’ is dominant over ‘e’.

Agouti is the term used to describe a variety of phenotypes across many species that combine black and red patterning in a particular way. What the gene at the Agouti locus actually codes for is a chemical called Agouti Signalling Peptide (or ASIP). ASIP acts by binding to the receptor coded for by the Extension gene in place of the hormone. This causes the cell to stop producing black pigment and produce the default red instead.

In some animals like mice and dogs, this on-off switch makes it possible to create hairs that are banded black and red as they grow out. This is what is often called the “agouti” pattern. However, in horses, unlike in these other species, instead of turning the Extension receptor on and off repeatedly in the same location to produce banded hairs, ASIP is limited to certain parts of the body only. Where ASIP is present, hormones that switch on the production of black pigment don’t bind to the Extension receptor and so the cells only produce the default red pigment.

The allele we call ‘A’, is a functional version of ASIP. In bay horses ASIP is produced all over the body except for the ear points, upper legs, mane and tail. This results in the familiar phenotype with its black ‘points’. The lowercase ‘a’ represents a complete absence of functional ASIP. This lets the pituitary hormone bind freely to all Extension receptors and therefore the horse appears solid black with no red. It is currently not known what causes variants of bay such as wild bay and seal brown but it is likely other alleles are involved which may influence where on the body ASIP is expressed.

If the Extension allele has a mistake in it (represented by ‘e’ rather than ‘E’), the Extension receptor can never carry the hormonal message to switch black on. As such, the horse is red (chestnut) by default.

This is why it doesn’t matter what Agouti alleles a horse carries if it is also genetically homozygous recessive at the Extension locus. Since the cells do not have a place for hormones to bind to trigger the production of black pigment, they also don’t have a place for ASIP to bind to switch that black pigment production off! And since the black pigment isn’t being produced in the first place, there would be no effect of switching it off anyway. So the horse ‘defaults’ to chestnut.

As mentioned earlier, the Agouti locus, like the Extension locus,  is found across mammals – the colour/pattern is in fact named after a small group of rodents (closely related to guinea pigs) called ‘agoutis’ which show the characteristic banded fur pattern.

As mammals ourselves, we also have an Extension locus. It is a mutation at this locus that causes red hair. Other animals besides mammals have it too – such as fish and reptiles – though it works in a slightly different way in them. It appears to be a gene that first evolved in vertebrates and does not seem to be responsible for colouration in animals like insects.

There is also evidence that this gene is involved in the regulation of more than just colour as in both humans and mice, having a nonfunctional receptor seems to be related to how we feel pain. Both redheaded humans and red-based mice seem to be able to tolerate more pain and also respond more to pain killers. This seems to be linked to this non-functional receptor, which means that even some non redheads who carry the allele may be more tolerant of pain. Exactly why is still unknown but often receptors that mediate cell responses can do more than one thing at a time. This means that a lot of the seemingly simple mechanisms for colour production have many more and often unforeseen implications.

One belief that seems to reflect this is the perception that chestnut mares have a different temperament to other colours. However, this doesn’t make much sense when you think about it  Since increased pain tolerance appears to be present in heterozygous individuals, many horses that are not chestnut would also experience it.

Furthermore, chestnut is one of the three ‘base’ colours of horses (the others are bay and black) but all of these can be further modified. For instance, a palomino is also genetically a chestnut, as is red dun, red roan, all greys that were born chestnut, cremello, chestnut with white markings, and so on. There is also no particular reason to think that pain tolerance would be the root cause of the temperamental differences that are often suggested – the opposite, if anything, would seem more plausible. As such the myth of the chestnut mare has probably come about for other reasons.

In future articles we will discuss how many of the mutations we observe as a colour phenotype have other consequences as well – and in some cases cause severe problems as a result. We will also see how these basic coat colours are influenced by a variety of modifiers, and white markings, to create the great array of phenotypes we are familiar with. 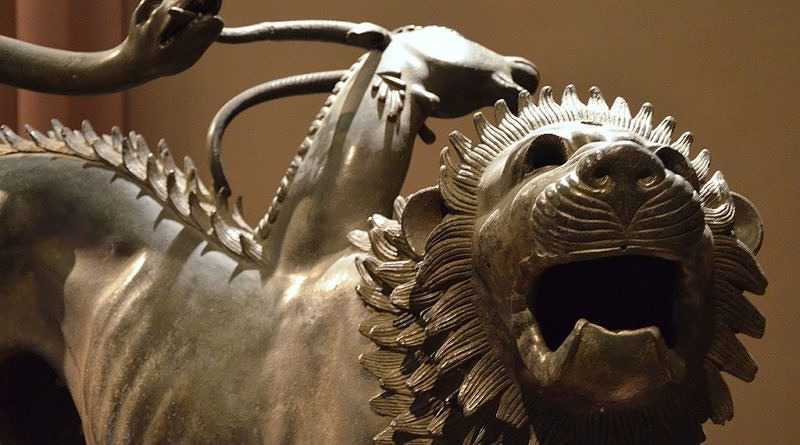 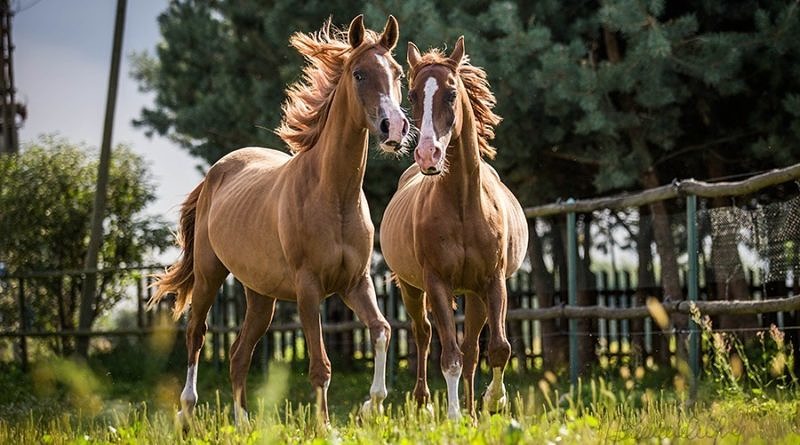